This morning it happened again: to introduce yourself to each other, the speaker, an enthusiastic, friendly man, called on everyone to find someone you do not know and to ask each other the question: “Why are you excited about Jesus?”. This happens more often and it always provokes within me the same unconfortable feelings.

In addition to the assumption that everyone in the room is excited about Jesus, which is quite a statement, he ignores the presence of some seekers. Above all, for introverted people like me, it is an overwhelming task. Addressing someone you don’t know, sharing personal thoughts without being able to reflect on it beforehand, is not my cup of tea. Actually, I’m not the only one, there are many others for whom this is a challenge.

That brings me to the question: how introvert-friendly is your church? And how can you, as a leader, take introverted members into account?

There are quite a few prejudices about the difference between introversion and extraversion. For example, introverted people would be shy, withdrawn, or even non-social. And on the other hand, extraverted people would be loud, rude, or insensitive. That is why we should get a right understanding of the terms.

What exactly is the difference between introversion and extraversion?

There are several ways you can explain the difference. Biochemically, it has everything to do with dopamine, the ‘happiness hormone’. The molecule that makes you feel good, positive. Extraverted people need more of this hormone than introverted people. That’s why they are always looking for new stimuli. For them, dopamine is released in those areas of the brain that control vision and hearing. So they look for these particular stimuli to feel energetic.

On the other hand, for introverted people, dopamine is released into the brain’s thinking and experiencing sections. Also, they need less dopamine to feel comfortable. Too many stimuli produce too much dopamine, which makes them feel tired and exhausted. That is why they seek silence and rest in order to recharge. Neurologically, the incoming information takes a longer route through the brain.

Psychologically speaking, we may observe different behaviors. Introversion is characterised by thoughtfulness and calm behavior, less talking, more observation, introspective and reserved. Extraversion is shown by talkativeness, group orientation, involvement, action driven and outward focused. Of course, this is not black-and-white! Regard this as a scale on which you move within a certain bandwidth with the extremes of these personalities on either end.

As a leader of a group, how can you take this into account?

First of all, by knowing the differences between introversion and extraversion and respecting these differences. Both have advantages and disadvantages, both have their place, both are loved by the Father. In addition, it will be clear that for extraverted people it is easier to behave in a group, express their opinions and being present than for introverted people. As a leader, you should take these different preferences into account.

Observe your group and discover everybody’s preferences. Enable the extraverts to talk, and let them form their opinion while doing so, but do not let them dominate the conversation so that the introverts are not involved. Give the introverts time and space to think about what they want to say. This can be done, for example, by sending information in advance or by not asking them first to express their opinion.

While extraverts love to participate in a (large) group, an introvert will appreciate having one-on-one contact. Sharing their deep, deliberate thoughts is not something that comes naturally; an introvert prefers to listen. You can take it as a compliment if an introvert shares his inner thoughts with you, but don’t expect him or her to do the same in the group.

Although introverts do not express themselves easily, you will be surprised at the answers they can give if you give them time and space. Their silence doesn’t mean they agree with you. Extraverts like to act and to do things, and are generally optimistic about the possibilities. Introverts like to reflect and generally look a little more often at the things which might go wrong.

In the Bible we find several examples of introverted as well as extraverted persons. Mary, the mother of Jesus, is a beautiful example of an introverted woman. It is written about her that she treasured all these things and pondered them in her heart. Or Moses, who found it hard to speak in public. Peter, on the other hand, is a man of action, practicality, first acting then thinking. John, on the other hand, is much more reflective. God wants to use all of them for his mission and purpose. He does so in different ways and in different functions within his church.

Leadership is a hot topic within the church. A question which soon arises is: Is an extravert better in leadership than an introvert? Note that Western culture is extravert-friendly. Social freedom, the ability to discuss and an open character are preferred. In our individualistic Western culture we like to see dominant, assertive leaders who speak up. In a group, we almost automatically appoint a person who talks the most as a leader. Fortunately, more and more attention is being paid to introvert leadership. Actually, this style turns out to be just as effective, if not more effective, as extravert leadership.[1]

There is a difference in leadership; for example, an introverted leader listens more to his team, uses the input in making his decisions and expects his team to work autonomously. An extraverted leader uses to be more directive in leadership and makes quick decisions.

Back to the beginning

Is it really a problem to use a nice ice-breaker as I mentioned in the introduction? No, of course not. However, keep in mind that not everyone is willing to share openly. For example, ask people to put their thoughts on a question like this on paper, give them a few minutes to think about it. After that, invite people to share it with each other. Keep learning about personalities and take the differences into account! That will benefit the church. 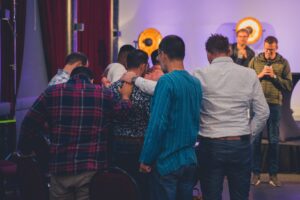 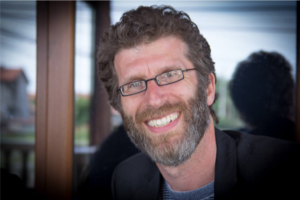 Why I believe in house churches