‘Migration stains’ leave their marks in your new existence

During a television program about mediator Frank Visser, I recently heard a Dutch word that was new to me; it can be translated as: ‘migration stain’. I had never heard of it before.

A couple who had recently bought a carpet realized after some time that their carpet caused stains that had been absorbed in their extremely costly floor. Their question now was who was to pay for the damage: the carpet supplier or the floor specialist? Who is responsible for these ‘migration stains’?

Now, anything with the word ‘migration’ catches my attention, but I thought this concept was wonderful. It could mean so much more than only something to do with carpets.

Take Ismael’s story, for instance; a 30-year old man who I still know from my time as an asylum seeker. In his country of origin, he caused his parents many problems and much grief with his compulsive gambling. But now, after his migration, he is a bad apple in Dutch society. He works incredibly hard, but still he occurred many debts, so he is in a debt restructuring program. The stain migrated! The question is now: who is responsible for the damage?

And now what about our own stains, such as fear, insecurity, low self-esteem, or rejection; stains that migrate from one phase of our lives to the next, and leave their imprints in our relationships, parenthood, or career? Things we unwittingly carry with us, even if we’d much rather flee from them. And there always is somebody who has to pay for the damage. Do we ourselves do so, or our partner, or children?

If there is one thing I have learned from my life as a refugee, it is that you cannot flee from your stains. They migrate with you and leave their marks in your new existence.

What I also learned, as Frank Visser advised this couple, is that it is best to accept your own responsibility for the damage. By accepting it and by dealing with the roots of the problem, you limit the damage and learn to live free of stains.

The wisdom of a Persian New Year’s prayer 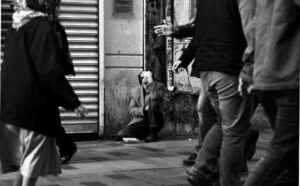 The miracle of the flower bulb 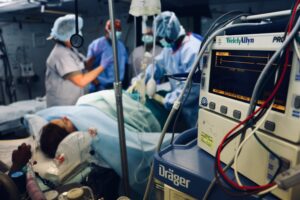 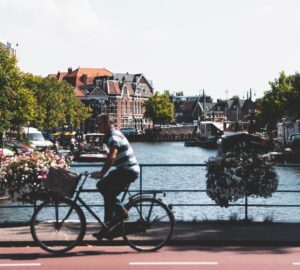